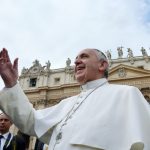 Washington Post wanted to find out what the Muslim and Catholic communities thought about their charitable donations, so they conducted 218 interviews in Catholic parishes and Muslim communities in Paris, Milan, Dublin and Istanbul (focusing on the Turkey-based Gülen movement).

The survey found that ” Catholic and Muslim interviewees overwhelmingly see their generosity as motivated by their beliefs and the positive emotions they feel­ towards their respective religious communities.”

Both groups believe in community – Muslim respondents believe that their engagement with members of the community was an important factor in creating a giving and friendly environment, while Catholics interviewed expressed fondness for their parishes and associates.

Nearly all Muslims and Catholics and Muslims feel that their charity donations indicates a positive orientation, or “positive affect,” for group interaction however their motivations differ. Muslims emphasize their duty to God while Catholics emphasize the love of others.

From Washington Post, “… most Muslim respondents think that when they give, they give from resources that belong to God. They see their money and belongings as God’s deposit on them and giving for the sake of God as one way of fulfilling the responsibility on that deposit. Many Muslim interviewees stated that if they do not give funds, God causes them lose money one way or another because they have not fulfilled their duty to God.”

The article continues, “Catholics do not perceive a retributive God overseeing the extent of their helpful behavior. They cite following Jesus’ example of loving one’s neighbor. Many interviewees see this love as a source of charity and voluntarism towards others, but they do not see this as the point or goal of such love. Helping others did not fulfill a duty to God — at most, it was an obligation to fellow humans.”