“The Sultan and the Saint” can model anew how Christians and Muslims can meet one another in dialogue while also providing a medium to cultivate greater understanding, in a present day when heightened global tensions and angry and debasing discourse bear eerie similarity to the setting in which Francis and al-Kamil met.

“This film will act as a powerful reminder that no foe is ever as evil as war propaganda makes him seem. It may also cause us to ask why encounters such as the one it dramatizes are too often left unremembered and unstudied while the bloody battles that the men of faith strived to stop become the foundations of our cultural assumptions for centuries to follow.

“After a peaceful meeting with the Sultan, St. Francis came back from his evangelization mission, calling for Christians and Muslims to respect each other’s faith and live in peace.”

“I believe in watching Muslims pray, men and women, five times daily that it really struck Francis unexpectedly,” Michael Cusato, a Franciscan priest and historian, says in the Sultan and the Saint. “I think it profoundly moved him.” Kathleen Warren, a Franciscan sister, adds, “The respect they had for each other spoke volumes to Francis that this, indeed, was not an enemy, this was not a beast, but this truly was a brother.”

“Revisits a little-known encounter between al-Malik al-Kamil, a powerful 13th century Muslim ruler, and a pre-sainthood Francis of Assisi on a battlefield during the Crusades.”

“But St. Francis did make an impression on the Sultan. Moved by his friendship with the friar, Al-Kamil showed mercy to the invaders when their army was surrounded and starving and allowed them to return to Europe. His reign lasted another 20 years, during which time he treated his Christian subjects fairly.”

“The Sultan and the Saint” tells the little-known story of St. Francis of Assisi and the Sultan of Egypt, Muhammad Al-Kamil. They were two charismatic men of different faiths who risked it all to end the Crusades”

“Sultan” explores the psychological and even neurological roots of religious warfare and the way that otherwise reasonable people behave when they are encouraged to destroy a dehumanized foe in the name of their own particular god.”

“The Sultan and the Saint” is well worth watching as the two men rise above fear and mistrust with the inspiration of God while teaching and learning from each other.”

“What (St. Francis) encountered when he crossed enemy lines was a Muslim leader who welcomed him, listened with respect and ultimately responded with one of the greatest humanitarian acts in the history of warfare.”

“Two men of faith, Sultan al-Kamel of Egypt and Saint Francis of Assisi from Italy, meet in Damietta and begin to form a friendship that transcends their religious differences. The two come together through mutual respect as men of faith and prove that coexistence and dialogue are reasonable alternatives to warfare.” 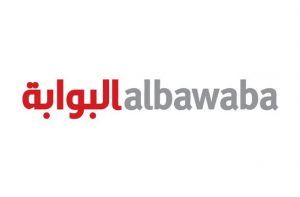 “Farida el Naqqash, a well-known Egyptian writer and journalist, said the film carried a humanitarian, moral and civilized message that calls for interfaith dialogue. “It also aims to fight extremism and sectarianism,” she told Al-Monitor. Naqqash called for the film to be screened widely in order for people to know their history and discuss it.”

“We can all be peacemakers and be inspired to take risks for greater understanding.”

“We would all be better off if we knew this story. A magnificent film.”

“This remarkable encounter, and the commitment to peace of the two men behind it, lessened the negative impact of the Crusades on Muslims and improved the relationship between Muslims and Christians.”

“The film explores the life of Francis of Assisi and how he crossed enemy lines to gain an audience with Malik al-Kamil, the Sultan of Egypt. The two talked of war and peace and faith, which had profound effects on them both.”

“Herein lies the value of talking with and listening to the players on the “other teams.” It allows us to more closely examine our own team and our position on it. Are we living the values we proclaim? Or are we justifying our shortcomings through misconceptions of others? Or, even more commonly, are we saying to ourselves, “I know I’m not really doing the good my religion encourages me to do, but at least I’m not an adherent of the wrong religion?”

“It’s not just him holding “The Sultan and the Saint” in high regard. At one screening at St. Bonaventure earlier this year, Father Calabria said, “it was very well received by the university community. There were also members from the local Muslim community there. They got on their feet and applauded at the end of the film.”

“Francis initially tries to convert the Muslims. But their devotion to praying five times daily compels him to rework his own order’s rule, urging his followers to pray as fervently as their Islamic counterparts.”

“The show asks an important question: How can anyone stop the violence in a seemingly endless conflict? The filmmakers’ sincere hope that our common humanity can vanquish sectarian strife will ultimately win viewers over to “The Sultan and the Saint.”

“Producers of the new docudrama “The Sultan and the Saint” seize the opportunity created by renewed interest in Francis to tell, to their credit, a chapter from his story not as well-known as others.”

“I’ve spoken to many audiences, and the reception has always been respectful and often, enthusiastic. I’ve written op-eds on the subject that picked up some anti-Islam vitriol in the online comments, but I’ve also gotten some beautiful emails from people about what the story of the saint and the sultan meant to them, from both Christians and Muslims.”

“In the end, if we stand for religion, whether Christians or Muslims, we must see our religion as a way of transforming ourselves for the better.”

“The Sultan and the Saint” could serve as a model for interreligious dialogue today, that is precisely the purpose of the producers of the film.- Father Calabria”

“Every time I see it I find that I am genuinely touched by the film, the beauty of the way that the relationship between Francis and the sultan is portrayed.”

“In our era of upheaval, the show asks an important question: How can anyone stop the violence in a seemingly endless conflict? The filmmakers’ sincere hope that our common humanity can vanquish sectarian strife will ultimately win viewers over to “The Sultan and the Saint.”

“The sultan had every reason in the world to let the Christians die, but he responded with mercy and compassion,” Kronemer said. “It is not the reason the Crusades ended, but it really was the beginning of the end and it was these two men of faith who got that moving.”

“Why tell this 800-year-old story now? Kronemer believes many of the circumstances that made the mass slaughter of the Crusades possible are in play again between East and West, especially the dehumanizing of one’s enemies and rhetoric that “otherizes” those who are considered different because of religion or race.”

“Forty years ago, Alex Kronemer was a bored college student on a semester-abroad tour of Italy when he entered what felt like his millionth Catholic church.

Thinking to sneak away, he headed for the exit. There, by the main door, was an exquisite Giotto fresco depicting St. Francis of Assisi undergoing trial by fire before the sultan of Egypt. “It immediately captured my imagination,” he said of the fresco, which shows Francis defiant before a chest-high pillar of flame that arises at the command of the enthroned sultan. “It stayed with me,” Kronemer added, because he always felt that there was more to this particular saint than “just the guy who loved animals.” 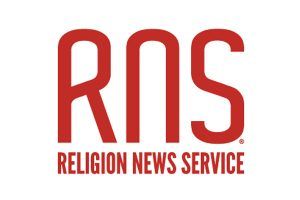 Fr. Michael Calabria, who holds a doctorate in Islamic studies, said, “I’m very happy to have been part of this film.” “This encounter that occurred nearly 800 years ago continues to have tremendous relevance in the contemporary world. I was genuinely touched and inspired by the film and believe that many others will be as well.”

“Expanding our friendships just seems to expand our hearts and minds, too,” Haws said”

“It was a documentary aimed to encourage interreligious dialogue and offered many resources to teach peacemaking while telling the story of Francis’ encounter with Sultan Malik al-Kamil in Egypt so long ago.”

“The Sultan and the Saint tells one of the great, lost stories from history. Set in a past period of East-West conflict, it speaks with urgency to our present. Told with cinematic-style re-enactments and interviews with renowned historians, art experts, religious thinkers, and brain scientists, the film centers on these two men who had an improbable meeting during a terrible period of religious conflict between their faiths, and discovered a way of finding peace between them.”

“Sr. Shea said she had been anxious to see the film, which did not disappoint. “Because the story is told from the Muslim point of view, my reaction to the film included a new understanding of what it must have been like for the Muslims under siege in this camp at Damietta, Egypt. It forced me to accept the fact that we know only a portion of the truth. If we are to know a greater truth, we need to be open to hearing from those who are different from ourselves. Although we do not know exactly what took place between Francis and Al-Kamil, they undoubtedly shared their experience of God and gained a new respect for one another.”

“We need more stories of hope like the story of St. Francis and the Sultan,” said Sister Kathy. “It’s such a story for our time. It brings people together to foster understanding instead of believing what the media tells us.”

“I thought the movie was amazing,” she (Monica Duffy) said. “I think there definitely needs to be more awareness brought to the youth about what is going on in the world, there definitely needs to be more of an integration of populations of people to understand each other. And I think if you appeal to the youth of today, and get them aware and have them begin a certain movement, there’s hope.”

“Francis could not have missed noticing the dedication to prayer five times a day that was vastly more devotional than the Christian more relaxed approach. It was a moment of conversion for Francis – not to Islam, but rather to a manner in which a people could be dedicated to prayer throughout their day.”

“This is an inspiring movie about interfaith relationships and peace-making.”